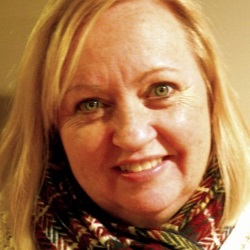 Teri Kroll’s interest in LICADD and now PUSH stems from her desire to ensure that families in the throes of heroin addiction and recovery have a place to turn for help. In August of 2009, Teri’s 23 year-old son, Tim lost his courageous battle with heroin addiction in her arms. The Krolls had endured a tumultuous three-year journey to bring Tim to a sober place. As he neared a point of steady recovery, gainful employment, active maintenance of his sobriety, and working hard to rebuild the family ties that had been stretched thin, Tim expressed a desire to make sure other young people could avoid the chaotic and terrifying ordeal he had experienced. Armed with details from Tim and Teri, an undercover police task force was initiated to arrest and convict a Massapequa man who was selling drugs from his medical office. While Tim did not survive to see the outcome of his brave and unselfish act, that drug dealer was caught, arrested, tried and convicted.

Teri and her husband Frank followed every detail of the case and worked closely with the Nassau County District Attorney’s office to cement the conviction. Many present in the courtroom were brought to tears as the prosecutor shared victim impact statements written by Teri and Frank. Unable to heed advice from family and friends to be satisfied by the conviction and get back to ‘normal life’, Tim’s legacy has inspired Teri to share not only his story but her own.  With Teri as its Coordinator, PUSH will become a household word on Long Island and the hidden story of the local and deadly heroin epidemic will be unearthed and addressed. Teri and Frank have been married for 32 years and live in Lindenhurst near their daughter, son-in-law and beautiful grandson Brendan.